Our site uses tools, such as cookies, to analyze and improve your experience. You can unsubscribe below:

These settings will be kept for 24h

For its Spring/Summer 2021 campaign, Versace Jeans Couture captures a group of friends on a fun summer night out, for a collection that celebrates escapism and fantasy and was directly inspired by the irreverent style and attitude of the 18th century French Court.

The campaign plays with the idea that the younger generations come out at dusk to have fun and captures a group of friends as they wander through an empty city during a hot summer night, always in for the thrill. In times where traveling is limited, the group of friends see their city, Milan, in a new light, through an exploration of its secret gems, from the famous Villa Necchi, the Teatro Manzoni to the Piscina Cozzi. 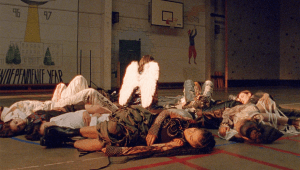 In this muscular drill track, Shobee takes his place as the OG of Moroccan rap by explaining that no one can do it like him. The video clip with mystical allure shot in a setting sometimes brutalist, sometimes desert by the directors of Bleu Nuit gives the track a unique atmosphere, dark and powerful. 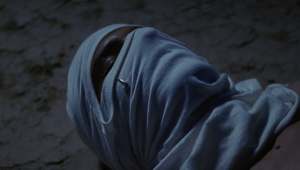 Summary of 2020 productions by BLEUNUIT, this short movie is guided through a poem and music, composed by Sofiane Pamart and written by Zozulya Daniil. As an explosion of feelings, body, colors, lights... in an aesthetic manner, BLEUNUIT is saying thank you for all the trust you gave in them. 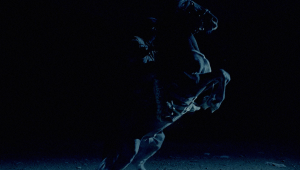